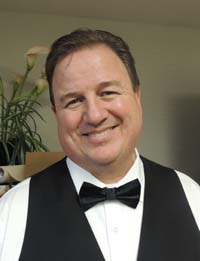 Stephen J. Groak is originally from the South, the Deep South—New Zealand, growing up in West Auckland. He currently lives in Los Angeles County with his family, and a menagerie of other critters.

In Bubble ‘n’ Squeak, Stephen J. Groak’s latest book, he explores his colourful childhood in 1970s West Auckland, New Zealand, in a collection of twenty-seven stand-alone short stories. With Nigel Sorenson as an alter ego, the author experiments with POV in a hodge-podge mixture of voices and tales that chronologically gel together like the English-style breakfast bubble and squeak—a meal traditionally made on a Sunday morning from the leftovers of the previous evening’s roast dinner.

In his free time, he loves to play backyard cricket with his family and mates.